Home » Uncategorized » You are reading » 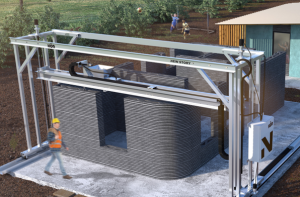 Innovation comes in all shapes and sizes. After Hurricane Maria, I posted about the nonprofit that repurposed car batteries and solar panels that were storm-battered but still functional to bring power to people on the island. Now, another nonprofit has re-envisioned 3D printing to build housing for poverty-stricken areas. According to Fast Company’s recent article, the nonprofit New Story partnered with Icon, a construction tech company to design a 3D printer that’s large enough to print an entire house quickly at low cost.  The printer is sized to fit and be transported on a truck, runs on tracks, and extrudes concrete to build a house – everything but the roof – for $4000 in under a day! Now that’s scaling up!